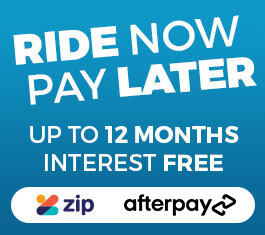 Unique suspension platform that does almost everything well

The Wolf Ridge is Marin’s answer to the ultra-competitive long travel 29er segment. It also serves as the debut for a remarkable new suspension system. Dubbed R3ACT-2Play, the platform relies a slider nestled inside the rear triangle. As the bike moves through its travel, this slider pivots to maintain specific anti-squat numbers. Travel is 160mm front and rear travel, putting it in a class with the likes of the Evil Wreckoning. Key angles include an aggressive 65.5-degree head angle and 73.5 seat angle. The slider operates in conjunction with a cross link to balance suspension inputs. To function effectively, this combination requires a very light shock tune. The end result is a rear wheel that tracks the ground very well. When Marin launched the Wolf Ridge, they laid the hype on thick, dubbing it, “One ride to rule them all” while making hyperbolic performance claims we’ve heard a dozen times over. The thing is, Marin wasn’t lying. Their new bike isn’t just radically shaped, it delivers a ride experience unlike anything we’ve previously ridden. It may have 160mm of travel front and rear, but you wouldn’t know it when you get on the gas. It’s sprightly in ways you’d never expect from a 32-pound enduro rig, and easily matches the sprinting ability of some of our favorite short travel rigs.

Indeed, the Wolf Ridge may well be the most efficient long travel 29er we’ve ever tested. While even the best performing suspension platform can benefit from a lockout on smooth terrain, this bike doesn’t need it. It motors up fire roads and technical pitches. And the free-moving suspension allows the rear wheel to find traction almost anywhere.

However, the Wolf Ridge isn’t the perfect hill climbing machine. While the 73.5 virtual seat tube angle isn’t unheard of, it is roughly 3 degrees slacker than the Specialized Enduro 29 or Transition Patrol. That is to say, it’s uncomfortably slack for those with long inseams. A custom rear offset on the KS LEV dropper exacerbates this issue. Mtbr testers with shorter inseams ran into a different issue — seatpost insertion. While the stock dropper is only 125mm, some testers were unable to lower the saddle sufficiently due to the interrupted seat tube. And with the post slammed, the rear tire buzzed the stock saddle at full compression.

For shorter riders, the inability to get the saddle completely out the way hindered the bike’s potential. If you somehow haven’t made the move to a dropper post, that statement may not make sense. But once you’ve experience the freedom of range from a 150mm or 170mm dropper it’s hard to go back. On descents, the Wolf Ridge is a different animal. It differentiates itself from the pack with its incredible ability to soak up small bumps. The rear suspension, for lack of a better analogy, is butter sauce. On rough technical trails where other suspension platforms get hung up, this bike simply picks up speed. Some will notice that the rear end wags under hard cornering, but that tendency won’t hold you back.

The biggest testament to this bike’s performance is that after riding it back to back with other bikes in this genre (think Evil Wreckoning, Trek Slash, Intense Carbine, Santa Cruz Hightower LT) Mtbr’s testers uniformly agreed the Wolf Ridge offered the best rear suspension performance. Marin’s goal with the Wolf Ridge was to build a versatile mountain bike that’s capable of doing everything well. After spending a summer ripping around Santa Cruz and Tahoe, we think they’ve met that goal. The Wolf Ridge isn’t perfect, but it’s an incredible first attempt and we can’t wait to see how the platform evolves as it’s further refined. We also look forward to the brand expanding into new product categories, like a shorter travel trail bike and even more aggressive enduro rig. Find out about the different types of pedals and their ... Gravel bikes amplify your sense of adventure and allow ... Building upon a decade of competing at the highest...