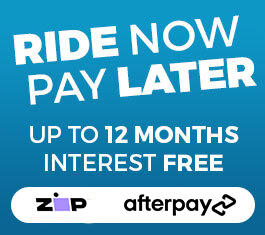 Nearly two years ago, Mick Hannah and other members of the Polygon UR Team began showing up at World Cup DH races aboard prototype versions of a new downhill bike. For a time it seemed as if Mick was aboard a different bike at every race, and there was little indication that Polygon had any plans to release the bike to the public. That's all about to change with the introduction of the Collosus DH9, which will be arriving this fall with 203mm of travel, 27.5” wheels, and an aluminum front triangle paired to a carbon swingarm.

The Collosus DH uses a floating dual-link design, with the rear shock sandwiched between two triangular links and running through a split in the seat tube. There's a chip at the rearmost shock mount that can be flipped in order to alter the bike's geometry, lowering the bottom bracket height to maintain similar handling characteristics if a rider chooses to run it with 26” wheels. The head angle does change slightly depending on the chip's position, but it's only by .3 degrees, an amount that would barely be perceptible out on the trail.

As Whistler filled to near bursting with riders and spectators in town for Crankworx, I managed to escape to the upper mountain for a few laps in the Garbanzo zone with the Collosus DH9 in tow. Months of hot weather had left the trails dusty and dry, pockmarked with braking bumps and wheel grabbing holes, conditions that would put any downhill bike to the test.

The most noticeable handling trait of the Collosus was how short the bike's front center felt. With a claimed reach of 428mm in the high setting, its geometry isn't that out of the ordinary, but the 30mm stem the bike was set up with made the cockpit feel even smaller. On tight and twisty trails this translated into a quick-handling ride that could easily be whipped around corners, but on the longer, more open sections there wasn't the sense of stability that comes with a roomier bike. Polygon does offer four sizes, all the way up to an XL, so riders may want to consider sizing up depending on their fit preferences, or at the very least run the bike with a slightly longer stem.

I rode a mix of trail styles aboard the Collosus DH, everything from more natural, rock and root-filled tracks to machine built, smoother jump lines. On the whole, the bike's suspension felt well balanced, with plenty of support for popping off the lips of jumps or hopping over a mess of roots, and the frame itself was quite solid, without any noticeable flex from the back end. I did find that when things got really rough, say in an extended section of stair-like roots or a jumble of rocks, the DHX2 shock went through the last portion of its travel more easily than I would have expected - there didn't seem to be much ramp-up to help the bike deal with bigger hits. Members of the Polygon UR Team have been using air shocks throughout the season, and I'm inclined to think that that would be the simplest way to achieve a more progressive feeling.

A handful of Garbanzo laps is just enough to get a taste for a bike, an appetizer that hints at what the bike can do, but it's safe to say that Polygon has put together a quick and playful DH sled, one whose parts kit and price are sure to have more than a few riders adding it to their wishlist. - Mike Kazimer